Kohl’s is now the second-largest department store chain in the country trailing only the aforementioned Macy’s and now operates over 1,150 stores nationwide. The move to test same day delivery as a customer option is seemingly timed to coincide with the fast-approaching holiday season and a will see the number of cities providing the service expanded to eight in total. 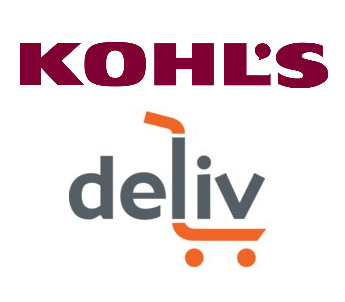 The company had been testing same day trucking in San Francisco and Chicago earlier this summer and have announced that services within Boston, Brooklyn/Queens, Los Angeles, Miami, Northern New Jersey, and Philadelphia will roll out over the coming weeks in time for Thanksgiving. In keeping with Macy’s the service will also be provided by Deliv, the same day shipper who are supporting Macy’s in seventeen markets at present.

The experiences of both chains this year will not only likely impact their long-term approach to same day delivery and on-demand delivery but will also be keenly observed by the competition looking to carve out their own slice of the market.

At SameDayDelivery.com, we specialize in providing efficient same day trucking or same day air services for both commercial and industrial freight typically within the business-to-business sector but like to monitor the latest developments in same day delivery news.

As a part of the Expedited Group of Companies, here at SameDayAgency.com we take immense pride in providing best in class effective and reliable Same Day Delivery Services across North America. You can rely on us to consistently provide unrivalled service and dedicated support for all of your urgent shipping needs. Please call us today at (213)-529-8913 to learn more.